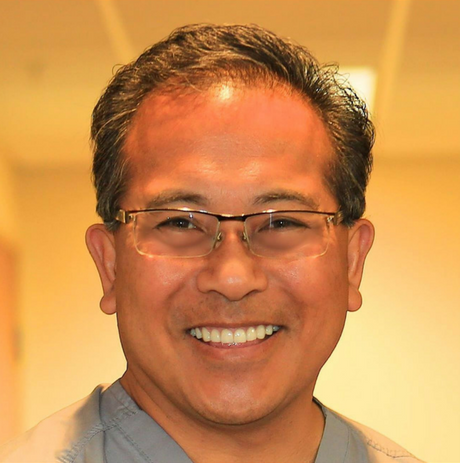 Dr. Red Alinsod graduated from Loma Linda University School of Medicine in 1986 and completed his OB/GYN residency from Loma Linda University Medical Center in 1990. His focus in those early years was pelvic surgery. He was the first Rutledge Fellow at MD Anderson Cancer and Tumor Institute and was also accepted as a Galloway Fellow at Memorial Sloan Kettering Medical Center. Red was accepted to Yale’s Gynecologic Oncology fellowship but was unable to attend due to a military commitment with the US Air Force during this time of global strife in the Middle East. His career took a 180-degree turn as he headed the Gynecologic Services at George Air Force Base, CA, and Nellis Air Force Base, NV, as he concentrated on benign gynecology, urogynecology, and pelvic surgery. His colleagues affectionately called him a “Combat Gynecologist”. During his 12-year military career, he was able to train extensively in hysteroscopic and advanced laparoscopic surgery. He accumulated a substantial number of cases and became one of the first fellows of the Accreditation Council of Gynecologic Endoscopy. He was the first surgeon to achieve this distinction in Nevada. He left the Air Force as a Major in 1994 and joined Facey Medical Group in Southern California. For ten years Red built a large and successful urogynecology, pelvic reconstructive surgery, and aesthetic vaginal surgery following. He was on the Board of Directors at Facey, Chaired Risk Management, and was a Pension Trustee. He was fortunate enough to train residents and urogynecology fellows from UCLA as well as a large cadre of physicians who flew in for his very successful hands-on preceptorships.

In 2004, Red was recruited by South Coast Medical Center in Laguna Beach, CA, to develop the Women’s Center and head up the urogynecology services. He has dedicated his efforts to open and expand South Coast Urogynecology, Inc. This unique center of excellence has served the women of Orange County with distinction. It has become the one Center able to cater to the needs of women from annual pap and physicals, incontinence and prolapse treatments, to bioidentical hormones and menopause, to aesthetic labial and vaginal surgery. His patents and inventions include the Lone Star APS Vaginal Retractor, the most widely used device for vaginal surgery in the world. He owns the patent for “Sling with Bladder Support” that most pelvic reconstruction kits are based on. He also owns the patents for “Implants and Procedures for Treatment of Pelvic Floor Disorder” and the Alinsod Surgical Table and Stand. The Alinsod Scissors, pickups, and clamps were all developed by Dr. Alinsod specifically for pelvic reconstructive surgery and to this day are the only instruments specifically designed for urogynecologic surgery. At the present time, Dr. Alinsod has the largest patient series (Over 1500 placements) of augmented pelvic repairs using ultra-lightweight mesh dating back to 2005. Outstanding results with extremely low complication rates have been presented and reported.

Dr. Alinsod is instrumental in the development of aesthetic vulvovaginal surgery. He founded “CAVS” (Congress for Aesthetic Vulvovaginal Surgery) in 2005 and is considered one of the pioneers of this evolving field. He is responsible for the current techniques in radiofrequency labiaplasty of the minora, the “Barbie” and Hybrid Look labiaplasty, invented the Medial Curvilinear Labia Majoraplasty, and the central and lateral clitoral hood reductions. He developed the combination Pudenal-Levator Block for In-Office Awake/No IV labiaplasty and vaginoplasty and has taught this technique worldwide. He was also the first surgeon to perform non-invasive labia majora RF skin tightening and RF vaginal canal tightening. He is currently the Medical Director for Women’s Health for Thermi Aesthetics developing specific devices and treatments for women who suffer from labial and vaginal laxity. Red is highly sought after in presenting talks locally and nationally and in teaching physicians the art and science of pelvic reconstructive surgery as well as aesthetic vulvovaginal surgery. His one-on-one surgical preceptorships have had profound effects in the practices of many gynecologists and urologists. Red’s focus continues to be on reconstructive and aesthetic vulvovvaginal surgery to improve patient lives. Red’s professional memberships include ACOG, ACS, ACGE, CMA, AUGS, IUGA, AAGL, ICS, and ASLMS. He welcomes your correspondence. 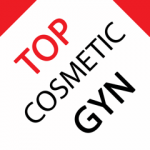